There are so many apps out in the marketplace right now it’s hard to imagine any of them doing particularly well. However, apps succeed almost every day, even though they may not be blockbusters. 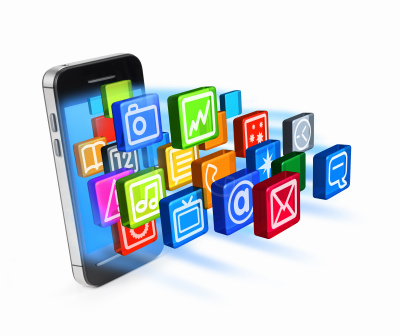 What separates the winners from the hordes of the never-noticed? Often it’s nothing but some good ol’ fashioned press releases! Yes, the irony of an “antiquated” practice making or breaking a high tech thing like an iPhone app isn’t lost on me. However, whatever works, right?

To get a better idea of what a successful press release for an iPhone app looks like, let’s examine a recent one.

Flightboard is an app that lets users turn their screen into a replication of the Arrivals and Departures Board at Charles de Gaulle airport in Paris. The app lets frequent flyers plan trips all over the world with ease and brings back the romance of travel.

Recently, the app was named best travel app in the 2012 Webby Awards competition. It’s available for iPhone as well as iPad and Android devices.

How do I know all this? Because it’s all in the very first paragraph of their press release!

Mobiata, makers of the Flightboard app, have pulled off a great press release for this news. Normally I’m a stickler about keeping your first paragraph short. However, the app world is a little different. You have to let people know why your app is so much better than every other app out there that is just like it. If you don’t, nobody will care what caused you to win a Webby over all the other great apps out there.

So Mobiata puts all that to rest immediately by announcing they won the award (to pique your interest) then immediately detailing why they won (to satiate that interest.) We don’t have time to break away from reading with empty space leading to the next paragraph, either. The information is right there where we need it if we’re so interested.

You can see the press release is short and to the point, too. There’s a little bit more about the app and company, including a quote from the founder, as well as more info about the Webby Awards. At the end we have a summary of both the company and the Webby Awards again just in case you were confused at all.

Last but definitely not least, the title of the piece is right on the nose. They made sure to include the category the app won in, which was a great idea – otherwise it would’ve been “Flightboard Wins Webby Award.” The way the press release is now you already know what type of app it is going into the first paragraph.

Why is this so effective? Not because the company won an award. They used the interesting thing that happened to them to effectively spread the word about their cool app.

Your “cool thing” could be anything from launching the product to finding your first customer overseas. Whatever it is, make it stand out like this press release, and send it out to anyone who will listen!

How effective have press releases been with your company?