The Biggest PR Myth of All: There’s No Such Thing as Bad Publicity

Home » PR Fuel » The Biggest PR Myth of All: There’s No Such Thing as Bad Publicity

As an industry that almost seems like magic to some people, public relations suffers under the weight of certain misconceptions. People assume we’re always out on the town with a martini in one hand and our cell phone in the other, while the truth is usually way more boring; we’re stuck at our desk, cell phone in one hand and the mouse in the other (the martini has to rest by the mouse pad). Here are three other PR myths that need busting. 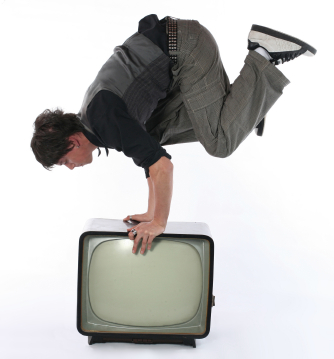 The idea that one big public relations stunt will take care of all your PR needs stems from the idea that “there is no such thing as bad press.” While doing everything you can to get the word out about your company might seem like a good idea, it can often backfire horrifically.

Take for example the PR stunt orchestrated for the Adult Swim film “Aqua Teen Hunger Force Colon Movie Film for Theaters.” Street teams went to different cities like New York City and Boston and distributed LED placards of one of the characters from the movie and TV show making an obscene gesture. The placards were placed in conspicuous areas, under bridges and such, presumably so when people did see them it made them notice.

Unfortunately, people in Boston did notice, and freaked out as they thought the placards were bombs! When the whole campaign imploded, Turner Broadcasting ended up paying $2 million for damages.

It makes sense, right? A job in public relations takes a lot of understanding and command of writing, research, and communication, all of which is also present in the field of journalism. So why does it usually not work?

To sum it up, the command of skills is generally applied differently in the field of public relations as opposed to journalism. For one, having strong communication skills is essential for both. However, journalism is, for the most part, a one way street, where public relations requires a back and forth not usually found in the world of newspapers and CNN.

If you’re used to doing things one way, it’s really difficult to pull a 180 and do everything the complete opposite. That’s not to say that it’s impossible for a journalist to make a killer PR pro, but to automatically assume that the training in the journalism world will translate to the public relations world is a mistake.

3. Your Ad Agency Can Handle Your PR

For the most part, creative agencies are like the journalists in our first example. They are accustomed to a one way form of communication, the art of the advertisement, of the message. Public relations pros must have skills to deal and communicate with the public, not just at them. Spend the extra dough to hire a separate group to handle your public relations so as not to stretch your poor ad agency too thin!

Long before I even got into the PR game, I’d always heard people say “there’s no such thing as bad publicity.” The theory is that as long as people are talking about you, it’s a good thing. Even if they’re saying awful things about you or your company, the publicity is supposed to still be good because your name is on the top of people’s minds, keeping you relevant.

And in some cases, this is true. Just the other day, we talked about how Kanye West is the king of controversy. The hip hop superstar seems to always be on the receiving end of negative media coverage, but in his case, it’s actually served to help his career. It seems like the more negative attention he gets, the more people buy his albums. In short, he thrives on the “bad publicity.”

But Kanye is the exception, not the rule. The idea that there’s no such thing as bad publicity is laughable. It’s totally insane. 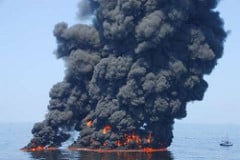 Of course they didn’t. The company took a massive hit thanks to all of the negative publicity. They’ve already spent millions trying to rebuild their image through a PPC campaign, TV commercials, and more.

And what about Toyota? How do you think all of those recalls over faulty, dangerous vehicles worked out for them? Last time I checked, their sales were down nearly 10%, and their competitors were making huge gains.

Oh, and let’s not forget about Tiger Woods. It’s been exactly one year since his scandal, and the public hasn’t viewed the athlete the same ever since. Thanks to the negative publicity, Tiger Woods lost numerous sponsors, including Accenture and AT&T. You think he enjoyed the negative media attention? You think Tiger feels there’s no such thing as bad publicity?

Somehow, I doubt it.

I could go on and on with examples of how bad publicity has hurt brands of all sizes, but I think you’re starting to get the point. The truth is there is such a thing as bad publicity. And while all of the brands I mentioned can and likely will eventually recover, the bad publicity they’ve received has done some serious damage for at least the short term and maybe longer.

What do you think? Do you believe that all publicity is good publicity? Why or why not? 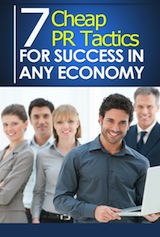 RT @ereleases: The Biggest PR Myth of All: There’s No Such Thing as Bad Publicity https://www.ereleases.com/prfuel/biggest-… #pr #publicity

While I agree that bad publicity can yield devastating results for a company, I think what’s at the heart of the idea that there’s “no such thing as bad publicity” is the thought that while it puts negative energy toward the organization, it also gives them a unique chance to be in the spotlight, respond well to the negativity, and come back stronger for it. Ex: Domino’s

But that is the point Abroyles, meaning it’s still a myth because it goes both ways, you get stronger or weaker from it. Meaning there is no sure assurance 100% that it will be what you hope.

The phrase generally refers to the showbiz and entertainment industry. ITS FAIRLY OBVIOUS THAT other industries are more sensitive to bad PR. Food manufacturers, Restaurants, Security, Mission critical products. This is basic knowledge and clearly obvious.

You haven’t researched it well enough this subject, there are nuances and there are situations that are empirically demonstrated that almost ALWAYS bad publicity is effective.

One of those situations is if it is a relativelt unknown project that doesn’t have much exposure, and the bad publicity brings them to the light, so the awareness drives traffic and drives up demand.

The best example are epic trainwrecks such as the infamous Ecce Homo which ended up as a touristic destination getting millions of euros to the tiny town.
Trump is a master of inadvertently being a walking trainwreck which ended up being a very useful empirical proof that shattered the preconceptions of what is important in a political campaign to be successful, the bad publicity overpowered the media and it was free publicity taking over the mindshare of the people.

If the company/project is small and unknown there is little downside, and even if The message is bad it can have enormous positive effects.