4 Vital Elements to Include in Your Press Release

Think your press release is all sewn up and ready to go? Hold up! You may be leaving out some vital information in every one.  If you’ve ever wondered why your press releases aren’t getting picked up more often it’s possibly because they’re incomplete!

Check out the following four things that are absolutely vital to your press release most PR pros forget all about. Go look over some of your old press releases to see if they’re missing these items – it may lead to an epiphany or two. 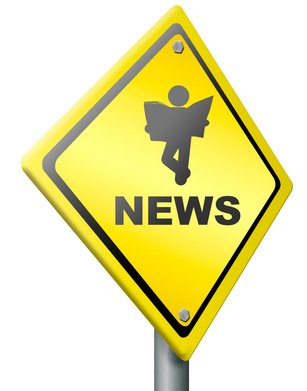 1. Link to a Web Version

PR lives on the web now. Even if you send press releases via snail mail to a newspaper that’s been in business for 200 years they’re going to have some form of web presence. This means they most likely want your press release for their website, Facebook page, blog, or other online medium.

If you don’t have a web version included, your press release may get overlooked completely. Sure editors can copy and paste, but will they? Unless you’re announcing the cure for cancer AND you found aliens on Earth the answer is often no. Put the press release on your blog and link to it in the form you send them. The less work they have to do the more likely you’ll get picked up.

The press release you’re sending out is an announcement that your company cured cancer and found aliens on Earth…on the same day. It’s an historic day for everyone on the planet and your company is the center of it. The people look to the news stories about your company to see what quote the world will talk about for centuries to come.

And there’s nothing. No quote from your CEO, or the lead scientist, or even Bill the janitor. Why? Because you didn’t think to include any. You suck to the basic facts of the event and forget to throw in some color. This was a mistake.

Quotes are a great way to spice up a press release. Readers want to know what other human beings think about the subject they’re reading. A sentence or two from a higher authority gives them what they want.

While these two marks may not seem “vital” in the electronic day and age, they’re still just as important as they were in the days of all-paper press releases. You have to remember the editors and reporters you send releases to get thousands of them every day, and if anything looks off they are going to toss yours aside.

For example, if your release has two pages but it appears to wrap up on page one, the editor may not think you’ve given them enough for a story and will move on.

4. Spend Time on the Title!

Easily one of the most overlooked aspects of a press release is the title. If it’s a great title you actually don’t notice it as it does its job perfectly. However, many just gloss over this detail thinking it doesn’t matter.

However, it’s arguably one of the most important things on your press release. If your title stinks nobody wants to read the rest of what you wrote. If the title is confusing they may look at the first paragraph to see what you’re talking about but will quickly lose interest. If there’s a misspelling? Forget it, they’re on to the next release in the inbox.

Make sure to spend a little time on figuring out a great title that’s succinct without being so minimalistic it’s abstract. Edit it again and again until you have the perfect one at the perfect length.

What other elements are crucial for a press release?