"…And You Can Quote Me On That!" How to Get Quoted in the News

I’ve always said that a great press release should include a great quote from a company executive or industry expert. Reporters use these quotes all the time in news stories.

So why not you? Why not your company? Let’s take a look at some ways to make your quotes stand out.

KISS! Keep it short and simple. Your press release space is prime real estate – legitimate newswires charge by the word! Use your quote to add new angles to the story, not re-hash what you have already said.

Your release does not need to be littered with quotation marks. If one quote is all you have, you need to make that one quote count.

Include full name and title

Always provide the full name of the person you are quoting and their title/credentials. If you do happen to include a second quote, you can just use the person’s last name.

The quickest way to get a press release thrown out is to use poor grammar, or have spelling errors.

I want to point out a few key grammar points you want to follow when putting your quote into the release:

Place the quote in the body, not the lead

Your lead should always focus on the 5W content (who, what, where, when, and why) and not a quote.

However, if you have a quote that accomplishes everything a lead should, go for it.

Here are some ideas of content-rich topics:

Bottom line: make sure your quote adds value to your release, and that it’s not just a quote for the sake of a quote.

Never take a quote out of context

Always use the quote in the original context. It is an ethics issue and could potentially lead to a libel case.

If you’re using a quote from someone within your own company/organization (or yourself), this won’t be an issue.

3. Ways to Get Your Quote Noticed

Simple: fresh, unique content that stands out from the crowd. Want to get quoted in the news? Make your quote stand out!

An important thing to know about quotes is that the media generally won’t use them unless they are evocative, fresh, or state something in a way that would be very difficult to paraphrase. To ensure your quote finds a home in a story based on your announcement, avoid cliches or generalizations.

One surefire way to achieve getting noticed is through the use of contrarian and controversial quotes.

A contrarian quote goes against popular opinion. Here are some examples:

“The fact that the iPhone 6 bends is fantastic,”
says Arthur Dent, President of Skinny Jeans Inc.
“The Time-Warner/Comcast merger is going to do
wonders for consumers,” says Ford Prefect,
CEO of BigRemotes.

Why does it work?

If you can be the person to provide a relevant, contrary opinion about news in your niche, your chances of being quoted increase significantly. 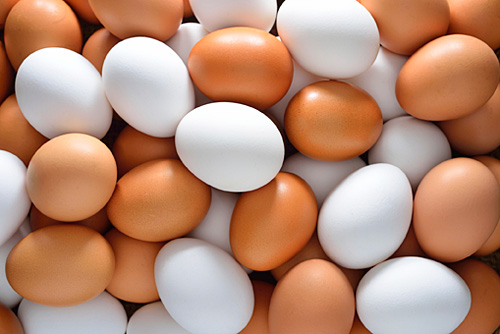 Controversial content is subjective, but the ultimate goal is to encourage disagreement. Controversy leads to conversation. Controversial quotes lead to press releases that get noticed.

Journalists thrive on sharing news that catches attention, and adding a controversial quote can help the journalist with his/her mission, and it can help make your release stand out. It’s a win-win situation.

Let’s look at some examples.

“Ebola is exactly what America needs right now,”
says Mark Zumachik, CEO of Widget
Sanitizer. “What a wake-up call!”
“Global warming is a myth, a power-grab,”
says Scott Pilfrey of Hondo Hummers. “Humans have
nothing to do with it.”

Why does it work?

Again, it stands out. It adds a zesty touch to the article and it will likely make a reporter pause, think, and, perhaps, share the story with their readers.

Bottom line: go against the grain, get noticed.

Express an opinion that isn’t popular; media outlets need to represent these opinions, but not necessarily claim them as their own.

Let’s tie it all together. Here are ten quotes from press releases that got the job done.

“We are pleased that we have established a legacy in the foodservice industry because of our innovative, state-of-the-art FRZQK© processing methodology and our ability to capitalize on cryogenic freezing technology to meet customer needs,” said John Jones, EVP, FRZ/ITM product line management, FreezQuik Foods, Ltd. “We will continue to push the envelope in delivering industry-leading products because our customers know we care about their health.”

“States and districts all over the country are addressing this challenge differently, some with the Common Core and others with different higher-bar curriculum requirements,” says Hartl. “But the one thing these all have in common is that they are setting a new standard of rigor and accountability for students. And these standards demand a shift in thinking – among everyone involved in education – about literacy and what it will take to transform it.”

“Many kids today are facing an uphill battle when it comes to eating right and understanding how to maintain healthy habits,” said Daryl Edmonds, president of Amerigroup in Washington. “The Triple Play program and Boys & Girls Clubs are working to educate and help make healthy choices easier for kids. Through the program we are building a solid foundation of learning with activities that will help kids continue healthy habits and exercise into their adult lives.”

Inner-City Arts President & CEO, Bob Smiland, remarked “This gift will help us continue to unlock the creative potential of thousands of children.”

World-renowned animal welfare expert Dr. Temple Grandin reviewed the graphic undercover video footage and stated: “The handling of dairy cows in this video is not acceptable. Employees must be trained to never kick or hit a cow’s udder or face. High pressure water shot in the eye is abusive.”

“Power of One is a natural extension of our company’s commitment to the fight against malaria and I am very proud of the contributions Novartis associates have made to help children in Zambia,” said Joseph Jimenez, CEO of Novartis. “Over the past decade, we have delivered 700 million antimalarial treatments without profit in malaria-endemic countries but more work is needed. We need to continue to step up efforts, not only by increasing access to antimalarials but also by researching next-generation treatments to move closer to our vision of a malaria-free world.”

“Supporting our servicemen and women is a cause we take seriously, as evidenced by a variety of veteran-focused programs and partnerships throughout the company,” said Greg Lehmkuhl, president of Con-way Freight. “No price can be put on the ability to call a loved one while deployed overseas, so we are proud to be a transportation partner for Cell Phones For Soldiers.”

“We can make a bigger difference in reducing the deaths among women from heart disease by fostering conversations between women and their doctors. Let’s make sure the women in our lives get heart checked,” adds Ronald O. Perelman, co-founder of the Women’s Heart Alliance.

“Finn Partners believes in Detroit’s renaissance and has supported the recovering Detroit economy through client partnerships since our inception. As one of the industry’s fastest growing PR agencies, we see tremendous potential in Detroit and we’re deepening our commitment by expanding local capabilities,” saidPeter Finn, founding partner.

“As we approach the holiday season, we wanted to show how much we appreciate our customers,” saidMichelle Miller, region president, Verizon Wireless. “We hope that our customers will take advantage of this day—a day to connect with family and friends, to learn something new about their device, or just to provide a little more entertainment during what can often be a hectic kick off to the holiday season.”

5. HARO Service
(Help a Reporter Out)

Finally, one last major resource that you may find helpful when writing press releases is HARO (Help A Reporter Out). This is an online service that journalists can use you get feedback from the general public.

Basically, HARO connects journalists with people in niche areas, making it easier for them to acquire quotes and advice relevant to stories that they are writing.