Fun facts: It’s estimated by the Fantasy Sports Trade Association that upwards of 34 million people are playing fantasy football this year in the U.S. and Canada. This is up by approximately 60 percent in the last 5 years. In fact, if you are a male, odds are 1 in 5 that you are playing fantasy football. I think it’s safe to say that someone is cashing in big on this, right? 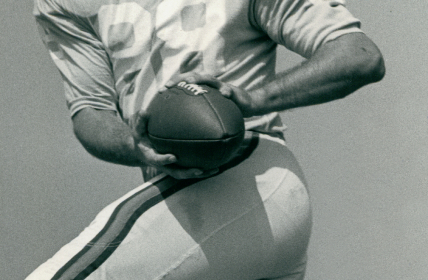 One of those companies that’s winning big with fantasy football is Yahoo!. In fact it seems as if Yahoo! may be the most used fantasy site out there. In July alone, they brought in over 3 million users, 2 million more than ESPN.

On Sunday November 11, people around the country logged on to make their last minute changes to their roster. Or at least, they tried to log on. Unfortunately, the Yahoo! servers crashed and everyone was stuck. It continued to lock out users for most of Sunday — the biggest football day of the week.

Now, I may be going out on a limb here, but football fans take the sport pretty seriously, and it’s no different for those who play fantasy. In other words, people were pissed. While some play for the sake of winning, others have big prizes on the line including sports memorabilia and money. Twitter was going crazy with people expressing their anger toward Yahoo, often in colorful language that I won’t repost here.

How Did Yahoo! Respond?

For the most part, on Sunday Yahoo! left people in the dark. I actually Googled it on Sunday to see what was going on, and I could find no official word from the company. I couldn’t even get on the website. Later I found they issued a Tweet that said, “Repeating: Engineers are still working to fix fantasy server issues. We sincerely apologize for the inconvenience & appreciate your patience.” Of course, this didn’t do much to squelch the fantasy crowd from berating them on Twitter.

After Sunday, people headed into work, likely still fuming over their fantasy problems, wondering what possibly could have gone wrong. When they checked their email, they got this message:

How do you think Yahoo! handled the issue? Were you affected? Tell us about it!