Without a headline that demands attention, your press release will never have a chance of getting serious exposure. It doesn’t matter if your press release is being sent to editors at the top industry news outlets or if you’re publishing it online yourself, everyone – from editors to your customers – is in a hurry. Their decision as to whether or not to read your press release depends on if they find your headline interesting. 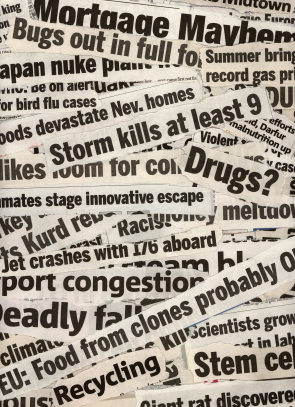 So, what can you do to write headlines that suck readers in? Here are some tips for better headline writing.

1. Keep it short – The first thing you need to do is trim the fat from your press release headline. Remember, the people reading your headline are in a hurry, and they might only skim through it. Keeping it short helps to ensure your message gets across quickly and effectively. Don’t try to put too many details in your headline; let the rest of the story take care of the tiny details. Less is more.

2. Clarity is key – Whenever an editor or anyone else reads your headline, they should instantly know exactly what the rest of your press release is about. Never mislead readers by promising something in your headline that you don’t deliver on in the story. And while you’re at it, get rid of tech jargon that will go over the head of most readers. Here’s a tip: Show someone who doesn’t work at your company just the headline of your press release, and ask them to describe what they think the story is about. If they’re unable to do this, it’s probably time to rewrite your headline.

4. Beware of sounding gimmicky – Sure, the ultimate goal of a press release is to get your name out there, but that doesn’t mean you should treat it as an advertisement. If your headline is “New Miracle Product by ABC Company will Change Your Life Forever and Solve All Your Problems!!!”, you’re way too over the top. Eliminate the hype, and ditch any words that sound salesy or gimmicky.

5. Always proofread before sending – It seems like common sense, but you’d be surprised how many companies send out press releases with typos or other errors in the headline. Here’s a tip: Set your press release aside for 24 hours (if you have the time) before trying to proofread it. This allows you to come at it with a fresh set of eyes, making it much easier to spot mistakes.

If I might play Devil’s advocate for a moment, I do see a place for the long headline in some press releases (particularly feature-oriented ones that are pushing a product and/or highlighting an accomplishment).

Here, for instance, is the headline/kicker (subheadline) I wrote recently for a client who had an award to announce: “Moveable Historic Action Figures Awarded BEST CLASSIC TOY of 2009
Industry Newcomer’s First Release Joins Yo-Yo, Crayons, Other Long-time Favorites”

At 20 words, it breaks the rules–but I think it was perfect for its audience, and the subhead was crucial in establishing why this award was a big deal.

Your tips can be applied to all content generation efforts!

Whether you’re trying to get to the top of Digg, or actually have people read your website. Be interesting, use images, and involve the community . . . As the web gets more social overall, it’s important for marketers to speak with customers, not talk at them. Writing content that has a conversational feel helps achieve this.

I enjoy reading what others have to say and conveying their feelings on several different issues. Heck, I learn something new everyday, not only about how others may interact

Dynamite tips. The good news is that with your post in hand we’ve got killer advice to follow to get better pickup.

In addition to these fine tips, be sure to include keywords in your headline and/or title. The best keywords are those that are popular and relevant. They will help your published release be found by searchers in the search engines.

A good common sense approach to press releases, thank you.