When your funding depends on not offending the people who keep you afloat with their money, it’s important to keep your public relations dealings in check. Unfortunately, these five examples forgot to remember this during their big goofs. 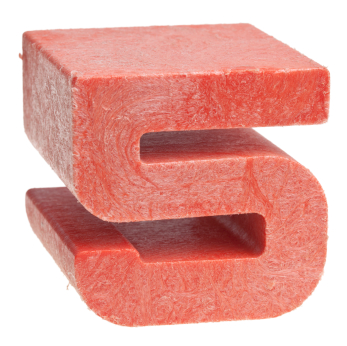 National Public Radio was hit with PR problems from all over when political analyst Juan Williams went on Fox News and made controversial remarks about Muslims. And that was only the beginning! After the public cried foul, NPR fired Williams, only to be hit with others crying foul at his being fired.

Vivian Schiller, President and CEO of NPR, said he was fired for a breach of journalistic ethics. However, some pointed out she had failed to fire analyst Nina Totenberg for a similar breach. Then, Vivian went on to say Williams should have kept his comments between himself and “his psychiatrist or his publicist – take your pick.”

Now NPR is facing the possibility of having their public funding cut.

The Association of Community Organization for Reform Now advocated for low to moderate income families by working on things like neighborhood safety and health care for 40 years. In 2010, they were forced to close their doors. Why? Videos were leaked in 2009 showing ACORN employees apparently learning how to hide prostitution activities, and avoid taxes. Though the legitimacy of the videos was in question, ACORN’s response was almost nil, and this led to loss of government and private funders.

William Aramony was the CEO of United Way for over twenty years, and helped it become one of the top 4 non-profits in the United States. However, he apparently forgot to keep his head in check in the early 90s.

Rumors of mismanaged funds and inappropriate relationships started to surface. United Way knew the rumors had to be addressed, but instead, Aramony flatly denied any wrongdoing. Soon, he resigned from the organization, and ended up in jail. Many local United Way organizations disaffiliated themselves, and discontinued their contributions and dues to the national office.

Are they cursed? It sure seems like it! CEO of United Way of the National Capital Area in Washington D.C., Oral Suer held his position from 1974 to 2002. The end of his reign came when he was found to be defrauding the organization of several hundred thousand dollars. People began to doubt their money was being used for good at all, and again local chapters of the United Way balked. Suer was convicted and sentenced to 27 months in jail in 2004.

Just back in February, followers of the Red Cross Twitter feed were a little confused when a Red Cross tweet stated they were currently enjoying some craft beer and “#gettingslizzerd.” It turned out, of course, one of the social media employees accidentally tweeted from the organization’s account.

But it’s not all bad! Instead of freaking out, denying everything and firing the employee, the company responded with a humorous comment about taking the tweeter’s keys. The public’s response was to chuckle and donate money! The quick and witty reply to the situation worked, and the Red Cross is currently enjoying some free PR.