So You Just Offended a Large Portion of Your Customer Base…

Well, it finally happened. The dreaded day when you wake up and realize those 10,000 emails in your inbox means you’re going to have a very bad day…week…month. You or another member of your team posted something online or your company ran a commercial and now thousands of people are clamoring for your head. Or, at the very least, an explanation. 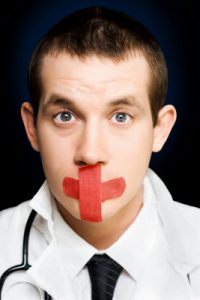 You definitely have a lot of work ahead of you. One of the most important things you can do during this time is to take a breath, look around, and make sure you know exactly why your customers are angry. If not, you could accidentally bark up the wrong tree, and suffer greatly for it in the long run.

At first, it may seem simple to figure out what the issue at hand is. You can look at the comments and deduce it pretty quickly – “I can’t believe you would say so-and-so” seems awfully cut and dry…at first.

However, there’s something else at play here, as the actual words that appeared on Facebook or on the offending commercial may not be what drove everyone into a frenzy. It could be the meaning or message behind the words, and if you apologize or for the wrong thing, it could be way worse.

For example, if the commercial that ran on a national level was perceived to be biased against a particular ethnic group, it would be easy to say “we’re sorry about the commercial.” However, after taking a step back and looking at the situation, you may notice that people are angrier that this seems to be a common thread with your company’s advertising.

If you simply apologize for the current commercial without saying anything about the other complaints, you may further anger your customer base. By analyzing what the complaint actually was about, you have a better chance of calming everyone down before it gets out of hand.

How you react to this situation will determine just how much of your current customer base will come back to you. Keep in mind the best you can hope for is a large percentage of the customer base your company offended will return – at no point can you expect 100% recovery. Even if the entire thing is an absolute mistake, at least a few people will still abandon you.

The main reason for this is most people only see the original story. They saw the commercial or perhaps the news coverage of the commercial but they will never see the follow-up response or another story about it on the news. As far as they know you never said a thing.

All you can do is try to minimize the destruction caused by the offending comment or event. If you go in guns blazing telling everyone everything will be ok and they shouldn’t be upset and to just buy your stuff, you’re going to end up chasing more people off. Just relax, take a look at the big picture, and figure out what you can do to get as many people on your side as you can.

Have you had to weather a PR nightmare with your company?