Public Relations at the Local Level

When people think public relations, they think of slick PR pros courting journalists or holding press conferences in front of national media. But the truth is that most businesses and organizations are relatively small, relatively localized entities. 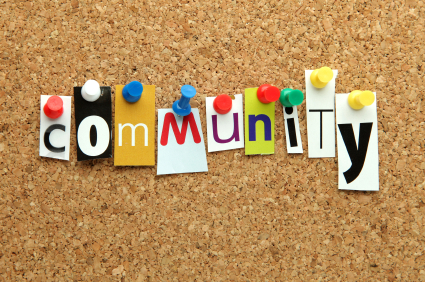 Mom and Pop’s Sub Shop or Herman’s Used Cars down on Main Street have a very poor chance of getting a write up in the New York Times. But that’s not to say that small, local businesses don’t have something even better.  Because these businesses are situated firmly in their communities, they have the chance to gain tremendous goodwill from the local areas they serve. And that relationship, just as much as sending press releases and making million dollar donations to charity, is public relations.

Get Involved in the Community

A potential customer might drive by your premises every day, but he may simply not pay it in any notice. After all, he’s been going to the same optometrist, or mechanic, or coffee shop for years now. Why choose your business ? But when he sees your company name in the program as a sponsor of his son’s school play, or on the back of his daughter’s softball jersey, then suddenly he’s going to take an interest in your business. Maybe he’ll stop in next time he’s driving by. It’s the least he can do, after all, for someone who takes such an interest in the activities that create a solid community.

One of the surest ways to garner the attention of the public and local media is to hold a charitable event. Your event could be as simple as donating proceeds from a weekend’s worth of sales to victims of a nearby tornado, or as elaborate as sponsoring a day-long chili cook-off.

Cozy Up to Local Media

When you run a national media relations campaign, you have hundreds or even thousands of publications from which to choose. But local businesses have a narrower playing field – perhaps two or three local newspapers, a regional newspaper, and a few assorted magazines.  While this may sound like a limited field of options, it is actually an opportunity to establish a firm working relationship with the few publications that serve your local area. Introduce yourself to reporters, keep in touch with them, and offer them your latest scoop. They will appreciate the gesture and look to you in the future for more news or for your expert opinion as a business owner or a concerned local.

Great local public relations campaigns help your business in more ways than you can imagine. Sure, it attracts customers, but it may also attract investors interested in gaining a stake in your local area, or local officials looking for people with strong ties to the community for committees, advisory boards, or even elected office.  So create a local PR strategy and use it wisely. Who knows? You may end up with more PR good will than you know what to do with!