How to Transform Safe, Bland Press Release Quotes into Quotes the Media Will Love

When it comes to press release writing, there are certain things you need to include that are considered non-negotiables. The title, the contact info, the company summary…the list goes on and on. However, one of the most important pieces to the puzzle that we don’t often mention is the quote. Bottom line, you can’t have a good press release without at least one or two quotes from a reputable, connected source. In the case of a business press release, this could come from a company spokesperson, the CEO, a valued customer, or another expert in the field. Failing to include the quote detracts from the legitimacy and the more human aspect of your release. 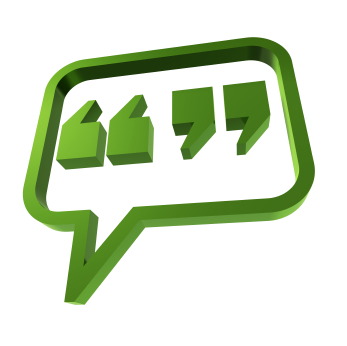 Now having said this, let me be clear about one thing: while most people tend to understand they should have quotes in their release, the vast majority of them plain suck. It’s as if they are just there simply to meet the acceptable guidelines of a press release. And these sorts of quotes do only that. In other words, most press release quotes are boring and literally add nothing to the press release. If you pulled them out, the person reading the release wouldn’t lose a thing.

Why is it that most press release quotes are plain bland? Well, I’d suspect it revolves around these reasons:

It’s point number 3 that I’d like to focus on for a moment. It’s important here to go back to the very fundamental elements of writing—to a basic truth. Regardless of the type of writing you are doing, the author holds all the power within his pen (or keyboard). He has complete license to mold the piece in whatever way he sees fit.

While we traditionally apply that line of logic to fiction, we can also use it in our press release writing. See, truthfully, in this day and age most press release writers manufacture quotes for people and have them approved once the release is finished. That means that, by and large, these writers are to blame for the pitiful quotes.

But on the other hand, that should offer us all a bit of hope, because that means that we writers have the power to change this. We can create quotes that will actually add to our press releases. But how? Well…

Do you find your PR quotes lacking? Have you found a way to produce killer quotes? Talk to me about it here in the comments!