How Fast Should You React in a PR Crisis?

Home » PR Fuel » How Fast Should You React in a PR Crisis?

One bright and early morning you wake up to a phone full of text messages and missed calls. What in the world happened? Turns out the actor who voices your company’s spokesanimal, Wonky the Wallaby, got in a lot of trouble last night, and the world is in an uproar. 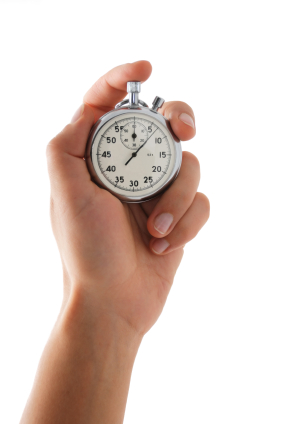 Bleary-eyed, you struggle to formulate a plan. Wonky the Wallaby’s future is in doubt, and that’s a big problem. He’s one of the reasons the company is performing so well, and if you don’t help fix things, there will be dark days ahead.

However, several hours have passed between the incident and when you awoke. Is it too late to really do anything? Or is it too soon? How fast should you act in such a situation?

You may have missed the boat on acting fast enough, but there’s certainly time to mop the mess up – and it’s definitely not too SOON to act. A similar situation to the example above happened to Aflac earlier this year.

The AFLAC duck was voiced by Gilbert Gottfried for years. He’s also an incredibly offensive comedian. Unfortunately for him, one of his jokes crossed the line and people started to complain. Before anyone could yell “AFLAC!” Gottfried was out as the voice of the duck.

Even more amazing was their turnaround to save the duck. Within a few days they had a new commercial with the duck – this one, a silent film, with title cards allowing the squawking mascot to utter his signature phrase. Aflac also advertised they were looking for another voiceover artist. All within a few days!

But was it too fast? Sometimes acting that quickly can make customers confused or nervous. For one, most probably had no idea what was going on as they had never heard about Gottfried. All of a sudden, the duck they’ve seen for years needs…a new voice?

Also, when turnaround is that quick, it sometimes make folks think something is up. With Aflac, it almost seemed like they had been waiting for a chance to kick Gottfried out, which ticked off some comedy fans. So I suppose there IS such a thing as too quick a response, at least when it’s something like firing a national spokesduck. There was barely any time for a “shouldn’t have said that.”

However, it can be argued that too slow a response is worse than too fast a response. A too slow response can give the situation time to build and steam and turn into something much worse. Once that happens, it’s hard to throw a container on the problem and have it go away.