5 Lessons from Kanye on Giving a Bad Media Interview

If you know anything about Kanye West, you know that he’s no stranger to controversy. Whether he’s accusing President Bush of being a racist or interrupting Taylor Swift’s award acceptance, the guy always seems to find himself in a mess. 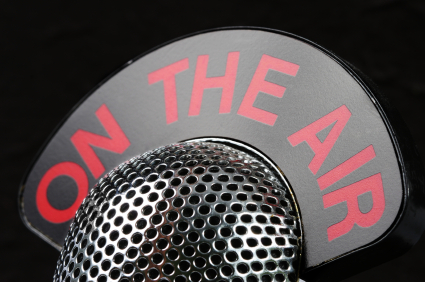 Recently, the controversial rapper has found himself on the road to redemption. He’s been making amends and trying to show the world that he’s a different man. And last week, he had a chance to perhaps complete his journey back when he went on the Today Show for an interview with Matt Lauer.

Things seemed to start out okay, but then, the interview fell apart. When confronted with video clips of his statements about President Bush and his incident with Taylor Swift, Kanye snapped, saying “Yo, how am I supposed to talk if you’re gonna run this thing in the middle while I’m talking?”

Kanye went on to accuse Matt Lauer of trying to force his answers. He said Lauer had an agenda, and went on to tell his followers on Twitter that he wasn’t going to do press anymore.

While you might never find yourself mired in controversy at the level of Kanye, you can learn something from him about how not to do a media interview. If you want to give a good media interview, do everything the opposite of how Kanye does it.

Here are 5 key lessons you can learn from Kanye’s poor media skills.

Lesson #1: Don’t let your emotions get the best of you

Kanye’s decision to snap during his interview and later on Twitter was an emotional choice, not a rational one. His emotions caused that interview to go south.

You have to stay on an even keel during your media interview. You can’t let yourself get too high or too low. If your emotions get the best of you, you’ll lose sight of your goals, deviate from the message, and do something that you’ll later regret.

Lesson #2: Know when to shut the hell up

You don’t want to clam up during your interview. You want to be interesting and entertaining, but you also have to know when to shut up. Don’t say everything that comes to mind. Learn to filter yourself to make sure everything that comes out of your mouth serves a positive purpose for your cause. Kanye still hasn’t figured out how to censor himself.

Too many people have an adversarial relationship with the media. They assume everyone in the media is out to get them, and their me vs. the media attitude leads to awkward interviews and poor media coverage.

Lesson #4: Pay attention to your body language and tone of voice

It’s pretty easy to see when Kanye snaps and starts getting upset during his interview. Body language and tone of voice count. Even if you aren’t confronted with a troubling situation, it’s important that you have good body language and a calm, confident tone in your voice.

It’s the little details that count. These are the little things that determine your likeability. Get them right.

Lesson #5: Stick to the message

What was Kanye’s goal with his Today Show appearance? It was supposed to be a way to show everyone that he’s grown as a person, that he’s no longer the abrasive, hostile guy who so many have come to dislike. In short, he was supposed to have a positive message.

But what happened? Kanye got caught up in the moment and went off script. He lost the message, and his interview backfired.

Any time you have a media interview, you need to have a key message you’re going to focus on. You should try to bridge things back over to that main message. Stick to it, because deviating from it almost always leads to trouble.

What are some other lessons we can learn from Kanye’s Today Show interview?

I totally dis agree with this article, Kanye is an artist and an artist should always be him self otherwise he can’t be at his best.. and we do require that from artists, other wise we complain about there work.

Second if (and I say if) he did this on purpose.. He’s a genius now his face is not going to be on Matt Lauer show but all over the world.

But I know not anyone can pull it off (letting his emotions go on national television), but Kanye sure as hell can!