Return on Investment (ROI) is a funny thing. Sometimes it’s easy to tell when a PR or social media campaign is going to work out and totally be worth your time. Other times campaigns can take forever and it feels like your efforts will ever come to fruition no matter what you do. It doesn’t help that human behavior is almost entirely unpredictable and something that should be a sure thing just…isn’t. 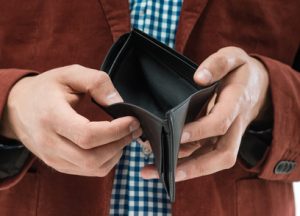 So how do you know when to pull the plug on a campaign if it’s not immediately pulling in the success metrics you want to see? While there’s no mathematical equation, there are ways to figure out if you’re at least headed down the path.

Not everything is about money. Well, it is, but it goes deeper than that. It’s true that a PR campaign’s ultimate aim is to bring in more money by actively interacting with people who shop with you, but that’s just looking at things in a very black and white world. PR pros know this is much more complicated than that.

Take a Facebook post that gets a handful of “likes” and a share. That’s not immediate success; it is very nice to see, but it didn’t exactly blow up the social media world. It also probably didn’t lead to very many sales, if any at all.

But if you give up, you won’t know if the next post would do twice as well. Or if you expanded on that post that did moderately well that it would gain traction through other avenues. It’s easy to get frustrated with low returns, but it’s the future that counts.

Speaking of adding up, it’s not just a slow equation of added exposure and sales. There are other factors at work, all of which are slowly adding up around you.

Credibility, for example. If you sell antique couches, there are people who are interested in buying your stuff. When they go online, they’ll naturally want to find the best antique couch company there is.

When they start poking around online and you’ve been writing blogs, posting Facebook posts, sending out press releases, and everything else, they’ll eventually see you. Upon seeing that you’ve been blogging about antique couches for 5 years, they will naturally assume you’re an expert in the field and read up on what you have to say and explore your antique couches.

This is the accumulation of credibility. It’s something that’s virtually impossible to add up with any sort of calculator, but one that just comes with doing work and sticking to it. However, it’s possibly one of the most important, as credibility can lead to loyalty among new and old fans alike.

So basically, if there’s “growth,” you’re doing well. If you feel your business has become stagnant, it’s definitely a time for change.

How long do you give a struggling PR campaign before pulling the plug?