Don’t Give Up on Your Press Release No Matter What

It’s easy to become frustrated when nobody will pick up your press release. You send it out a hundred times a week and get three “no thank you” messages and a whole lot of nothing. It’s incredibly frustrating, especially when you know you have a real, legit press release with a real message behind it.

It can be tempting to just scrap the thing and move on. However, you spent a lot of time on the press release. You’ve edited it down to perfection, sent it around to your peers to proofread, and even had some journalists say they love it but they just don’t have room. It’s obviously good, so it’s not time to throw in the towel just yet.

So what are you supposed to do? Here are some ideas to get some mileage out of your press release. 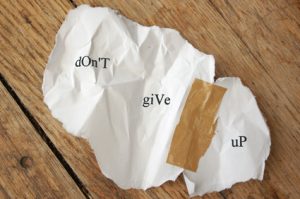 Are you sure you’re hitting the right journalists and audience in general? Sending your press release to every single person on the planet sounds like a good idea but it might actively be hurting your chances.

Make sure you’re sending the press release to the right people in the first place. For example, a story about your new accounting software release doesn’t work in a Home & Garden magazine, even though you came up with a clever cover letter.

How’s your communication been with everyone you’ve contacted? The press release itself may be perfect, but you could be losing potential interested parties with other messages you’ve sent out.

A colleague was going through similar trouble, trying to figure out nobody was picking up the press release about their brand new store location. They went through all the necessary measures to make sure the actual document was pitch perfect.

Unfortunately, they forgot to give the email pitch the same treatment. After sending out tons releases and getting no response, they realized they had been copying and pasting the name of another publication in the middle of their pitch. It looked like they didn’t do their homework – and publications chucked their release into the circular file.

Just because nobody is biting on the actual press release doesn’t mean you can’t use all your work. You’ve done all you can to get it to traditional papers, magazines, and such; why not now go for something a little more non-traditional? Considering traditional media is on a decline, it may not be such a bad idea to do this anyway.

Stretch the information inside out more – get some more facts and figures to back up your claims. You can use all this for blog posts for your own website as well as for guest posts on other blogs around the web.

Also, you can now move on from just plain text to using videos, pictures, and other media to make your point. This can stretch out what you’ve done even further so your previous work doesn’t just go to waste.

How many journalists do you typically contact before giving up on a press release?