Do Exclamation Points Have a Place in Press Releases?

Home » PR Fuel » Do Exclamation Points Have a Place in Press Releases? 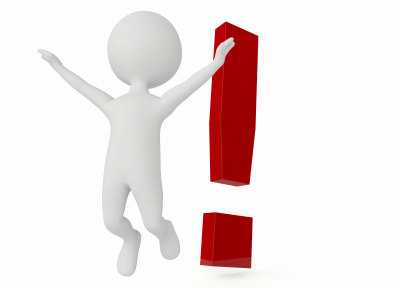 So Why Do People Insist On Using Exclamation Points, Anyway?

Hopefully, we all understand the rationale by keeping them out of our press releases. But why then do people still insist on including them, and subsequently overusing them? What could possibly make someone think that using exclamation points is a good idea? Here are my two best guesses:

1. Their story is weak — Have you ever been in an argument where one party is clearly wrong? Whether you or the other person, when you truly took a step back and thought about it, you knew beyond the shadow of a doubt that the argument held no water. So what happens to a person who knows they’re wrong but has too much emotion going to end a debate? Well, typically they just get louder. In fact, many of us yell and use stronger language. Why? Because, obviously the other person isn’t hearing us so we have to speak up!

Yes, it sounds ridiculous, but it’s true. And I hypothesize that some people turn to exclamation points in their writing because they don’t really have much to say. So they add emphasis in hopes of screaming louder and getting the reporter’s attention. It will get their attention all right … but not the kind you want.

2. They aren’t good writers — Writing is one of those things that most people think they are good at. I’ve known copywriters with horror stories about clients who tear their copy to shreds and end up writing the copy themselves, just to prove they are better writers. It’s a pride thing, really. But the truth is that many people who think they are good writers will sit down to write a release and discover that it isn’t that simple at all. So like the debaters that don’t really have a valid argument, they turn to exclamation points to try and drive their point home. And again, it does not work.

Yes, I periodically sprinkle in exclamation points in my blog posts. But blogs are written to sound like the way we talk. It’s conversation. But when it comes to press release writing, please leave them out. And if you can’t help yourself, then do yourself a favor and hire someone to write them for you.

Do you agree? Or do you think it’s okay to include exclamation points sometimes? Let me know.