The Dangers of Corporate Donations to Political Campaigns

Earlier this year, the Supreme Court stunned many when they reversed the nation’s federal campaign finance laws. The new law removes limits on corporations and labor unions to directly spend on political campaigns. In other words, corporations can now support their favorite candidates with donations. 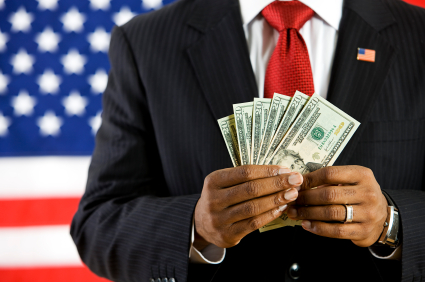 Rather than focusing on the potential political problems this brings up (e.g. corporate money buying candidates and corrupting democracy), I want to talk about the PR problems companies face if they decide to take advantage of the law. After all, this is a PR blog, and elections are right around the corner, so we’re likely to see many corporations supporting candidates with financial contributions.

From a PR standpoint, the new law has some serious consequences, and it could (and already has) lead to PR disasters as companies give money to candidates their customers are vehemently opposed to. Remember, this is a very divided country when it comes to politics. So, any time a company decides to make a political donation, you can pretty much bet they’ll be upsetting a percentage of their customer base.

It didn’t take long for a corporation to find itself in hot water thanks to its political contributions. Just months after the law was passed, Target decided to donate $150,000 to a conservative’s political campaign. As soon as this happened, many Target shoppers across the country called for a nationwide boycott of the retailer.

Petitions were passed all over the internet through Facebook and Twitter, and there was even a viral video of the mother of a gay man cutting up her Target card. The video has earned well over 300,000 views so far.

Target’s president and CEO responded to all the criticism by saying, “Target has a history of supporting organizations and candidates, on both sides of the aisle, who seek to advance policies aligned with our business objectives, such as job creation and economic growth.”

Best Buy also contributed $100,000 to the same PAC as Target, and consumers have taken notice. Outraged customers say that Best Buy is supporting anti-gay politics, and they’ve called for a boycott of the electronics store.

So far, their Facebook page calling for a Best Buy boycott has nearly 7,500 people who “Like” it, and it continues to gain more attention.

Will this have any impact on the company’s bottom line? Who knows? Only time will tell, but is it really a risk that’s worth taking? Is it really wise for companies to make donations they know will make at least some of their customers angry?

Any way you look at it, campaign contributions from corporations are a PR liability. The country is divided very sharply on political issues, so no matter what cause or candidate a corporation decides to support, they’re going to alienate and offend at least a portion of their customer base. It’s almost guaranteed to happen.

Additionally, the corporation’s campaign donations will likely offend some employees. Remember, employees come from all backgrounds and have a range of different beliefs and political convictions. Is it really wise to make company donations that a significant number of your employees will be against? At worst, a donation could cause employees to quit/protest and lower overall morale.

What do you think? Should companies play it safe and steer clear of political contributions?