When asked the question, “What annoys you about press releases?” Yahoo! Finance’s Rick Newman said, “The ones sent to me 2, 3 4 times, as if I’ll be more likely to respond; sending irrelevant material multiple times doesn’t make it any more relevant.” 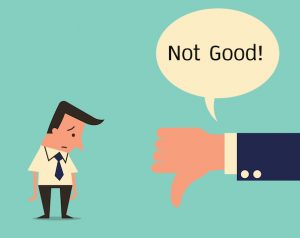 Look, there are a lot of things reporters and PRs hate about each other. And while both sides are prone to some thinness of the epidermis, Newman absolutely has a point here. As a PR person, it’s bad enough to send a reporter a bad, irrelevant press release; it’s absolutely unforgivable to keep bombarding him (or her) with the same crappy, useless press release over and over again in a desperate attempt to get his attention.

There are a few different layers to this grievous error some PR folks make:

Are you guilty of spamming reporters with your bad press releases over and over again?