As noted a few months ago in our tongue-in-cheek post, networking events can prove pretty ridiculous. Sure, they can be a good place to make valuable connections, but oftentimes, they present you with the same old people time and time again. So how can you make sure you’re attending the right events and not wasting your time? 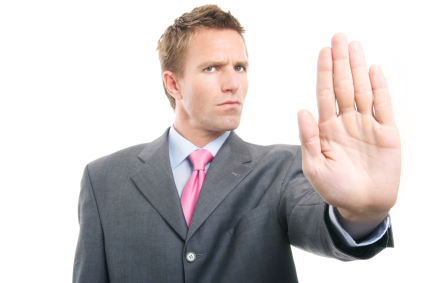 Well, first you need to know the signs of a bad event.

It’s hard to network when there’s no one to network with. Nothing says “waste of time” more than arriving at an event only to find that the person who put it on didn’t really promote it properly. Do yourself a favor—turn around and run for your car.

Unless you’re just looking for a fun night out, what good will a networking event do you if you already know all the attendees? Yes, it’s important to continue strengthening your relationships with these people, but you need to be attending events where you have the opportunity to make some new connections.

Some people say when no one is talking at a networking event, that’s the perfect chance for you to get the conversation rolling. And while that might be true, it’s more likely that it’s just a rotten event in the first place. Leave. Or grab a drink.

On the other hand, it’s probably even worse rolling into a clique-ish networking event. We’ve all been there. It’s like high school all over again — and you’re the awkward, pimply nerd forced to sit by yourself in the cafeteria. Don’t bother handing out your business cards. They’ll end up in the trash.

Sign #5: You have to get drunk to tolerate being there.

Unless you’re just an alcoholic, if you decide to get drunk at a networking event, that means it was a terrible event. How do you like that logic?

Have you ever attended a particularly terrible networking event? Tell us all the horrible details by leaving a comment below.

It’s really a great and helpful piece of info. I’m glad that you simply shared this helpful information with us.Thank you for sharing.