Hate press releases? You’re not alone! As time goes by, and new ways of marketing emerge, the lonely traditional press release is getting left behind. Here are five reasons why nobody can stand press releases anymore. 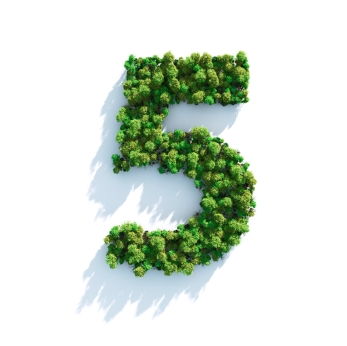 You spend so much time getting everything just right on your press release by making sure the news is actually newsworthy, editing it down to a fine point, and sending it to all the right people. Sometimes the perfect press release comes only as the culmination of weeks of hard work.

What happens? One reporter overlooks it simply because it wouldn’t fit on the page that’s already laid out. Another had to bump it for an ad. One newspaper didn’t get it at all due to a hyperactive spam filter, and the intern at one newspaper hates your product so he deleted your press release. Ugh!

Press releases are always bound to such strict limitations that it can take any sense of creativity out of them. Want to really get down and describe how much your product can change the world? Well you don’t have time or space, or it’ll get bumped from publication (though it probably already did anyway). Want to include a concise info graphic to go with it? Nope, sorry. Well how about a link to your website? Oh wait, it’s in a newspaper.

The most irritating thing about press releases is that they haven’t evolved at all with any new media options. There is simply so much other stuff you can use, instead of a press release, to talk about your product.

With Facebook, Twitter, and SEO options on your website, among other things, sending an old-fashioned press release out to a couple of newspapers seems almost archaic. In the time it takes to send it out you could have posted it 10,000 times around the Internet!

How many times have you seen in a press release that a CEO is “thrilled” with the new product or “deeply concerned” with the downturn of the company? Or the write-up that manages to include quotes from half the staff plus some random doctor? I suppose this has more to do with the person writing the press release, but this drives me crazy. People always feel the need to add these quotes simply because it’s “what you do” in a press release.

Everyone knows what press releases are for, yet we continue to push the idea that if they’re well written, it’s not advertising. But, just because you have a fancy way of saying how your company’s new product will change the world doesn’t change the fact that you’re trying to get word out about it! It just means everyone has to pretend it’s a news story, and not a business trying to make money.

Now that I’ve trashed the press release, it’s time to build them back up again. When done correctly, a press release can lead to so much more than a few lines in an increasingly thinning daily newspaper. They can lead to viral marketing, word of mouth, and even getting celebrities and other influencers to try your product. Just make sure you’re not limiting yourself with a stuffy old press release.

Mickie, as I was reading this post, I found myself getting a bit disjointed, that is, until I read the last paragraph! 🙂 I never understand why people assume just because it’s still called a “press release” that it still has to be used in the way that it used to be. Good media relations people know that the press release has evolved and can include links to multimedia, social media sharing tools, etc. I’m assuming this post is directed to those that don’t yet realize this.

The only point I’m not in agreement with is that posting something on the web assumes thousands of eyeballs are better than a few, but if those few are the “right” ones, then it will still be a successful campaign.

Thanks Tressa! I appreciate the comments.

Agree with all the aforementioned points, Mickie, but the form is still requested by print journalists.

I work with many vertical b2b trade reporters, and they STILL ask for press releases. It’s not that these reporters don’t know about all the shortcomings you wrote about, but it’s the facts a press release contains that are in one place I think what still makes them relevant. I would go even further to say that organizations could supply a simple “news outline”, similar to the content of Todd Defren’s Social Media Release.

I don’t know if it’s because I am fairly new to the PR scene, but I would never dream of using such a conventional format, quotes or other variations of “cheesiness.” I definitely like to allow the press release to reflect the genre of what I am writing about and always social media links.

But when is a good time to send press releases?