Crowdfunding only works if you capture your audience’s attention. Like it or not, a video is absolutely the best way to get that attention, no matter what your ultimate project will be. 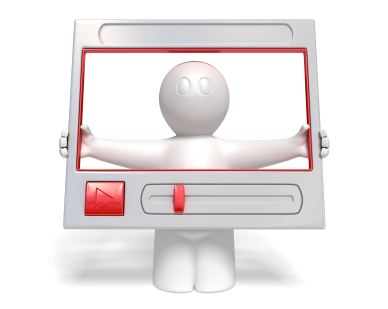 Not only does a great video get the point of your project across to your audience quickly and efficiently, it also gives them an idea of your character and personality. Often this can make the difference between them contributing or just liking the idea and forgetting about you.

Want to make the most of your crowdfunding video? Here are a few tips

You’ll start seeing patterns. For instance, how many of those successful campaigns had videos that were super long? Probably not too many. You want to make your video like a press release with flair – get to the point, but be as interesting as you possibly can to show why people should care.

Before you shoot the first second of your video, go over your outline and/or script. Show it to a third party. If any of it sounds remotely dull to them, consider cutting it, as if you lose their attention for even a second, a viewer a thousand miles away will click “Back” instead of giving you bank notes.

You’ve got to spend money to make money, as they say – and that’s no more relevant than in your crowdfunding video. If it looks like crap, they won’t watch it. If they can’t hear you, they will leave immediately.

Is it fair that having grainy video and bad sound chases backers away? No, but business isn’t fair. You want to raise money for your business idea, and you should be prepared to pull out all the stops. Buy some new equipment or borrow a friend’s. Do some favors or cash in some favors of your own – whatever it takes.

Some people will watch your video, read the description, and immediately give you money. That’s the ideal scenario. Spoiler alert: that doesn’t always happen. More likely what will happen is someone will see your campaign, be interested, put it off to think about it, and never return.

Unless, that is, you firmly implant your campaign in their mind. During the video, throw up links to your Facebook, Twitter, blog, website, and whatever else associated with your campaign. Don’t spam them all over the place – just enough that there’s a call to action a la “Go Like us on Facebook!” to inspire them to actively do something. This simple action can keep the campaign in their face as you continue to post about it. While they might not donate right away, they might do so later. Plus, this has the added effect of keeping them invested in your project so they might share it with friends or hey, even donate again!