Believe it or not, Twitter is going to be turning 10 years old in 2016.  Does that make anyone else feel old?

And despite the fact that the social network has been around long enough to have become essential to everything from journalism to customer service to talk-radio, many entrepreneurs and small businesses still struggle with engaging and growing their fan base.

So what exactly should the everyday entrepreneur be doing on a daily basis in order to convey the personality behind their business — and by that same coin, what shouldn’t they be doing?

With those questions in mind I asked some of the foremost experts on Twitter and social media to offer some practical pointers for small businesses looking to use Twitter as a means of successfully earning customer loyalty and building an unshakable brand image.

Like Gini Dietrich says below, “Social media is social.  We must remember that.”

Read on, and pass it along 🙂

Twitter has not been readily accepted as a small business tool yet but there are those who are having a great deal of success using it in many ways. So why should small business be using social media at all? The most prominent reasons are responding to customer questions, networking and education… but there’s more. To date, most small businesses have not been looking to help build the sales funnel through these channels. This is interesting considering some of the success that can be found with a small business that gets it. And for those who do, and execute effectively, the opportunity to directly facilitate and create sales are out there and have the potential to be huge since the volume of additional sales that can make a difference are fractional compared to what it takes for a large organization.

So what does it take to get the small business involved? Well, extra time (possibly the biggest barrier), money (but really not much) and people. With social media being so time intensive, and best results coming from directly being involved, the barriers to entry get higher as a business gets smaller, but not insurmountable for those willing to put in the time, especially since it can be done at all hours, and some of the most effective times to connect via social media are very early in the morning and very late at night.

With social media the bang for the buck can be enormous, but the results are hardly immediate and a long-term outlook is necessary. My vote is study up on the cause and effect, tools, and concepts. Develop a basic strategy of what utility or value you want to offer. Get started on your own and build a thorough understanding of how to interact, engage, and connect. Then hire a smart young intern (many available at a mere $10/hr, and some simply to fulfill college internship requirements) to help execute a lot of the basic time consuming functions… with your hands-on guidance. And you, the owner or manager, always being the voice and the heart of the interaction. 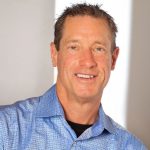 Nobody cares about your products and services (except you). Share David Meerman Scott’s Advice!

What people do care about are themselves and how you can solve their problems. People also like to be entertained and to share in something remarkable. In order to have people talk about you and your ideas, you must resist the urge to hype your products and services. Instead, create something interesting that will be talked about online. When you get people talking on the Web, people will line up to learn more and to buy what you have to offer. 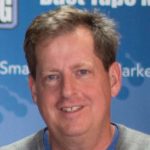 Remember: Your audience is out there to socialize and be entertained. Be social on social media. Most importantly, don’t be afraid to be yourself and have a little fun with it! 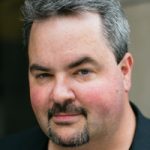 The major DO that I’d offer small businesses is know what you can get out of social and then what you want to get out of it. Too many businesses jump in and start posting meaningless content or promotional shill without thinking about what kind of content works on that platform, what drives people to not just respond, but come back for more and — most importantly — is my audience even there. This is a marketing channel, people! Put some thought and care into it. It’s just your customers you’re engaging with. They’re rather important.

Social is an investment in building relationships over time, not driving people to click. Share Jason Fall’s Advice!

The major DON’T is to not expect to set it and forget it. Social is an investment in building relationships over time, not driving people to click and by in a week, then walking away. Think of it like having a booth at your town’s annual festival. You’ll get business out of it, but sometimes it’s all about the grip and grin and being a part of something bigger — that’s the reason you’re there. 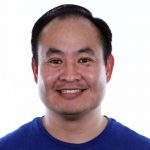 Do set up Twitter remarketing audiences, so you can automatically message people on Twitter who have just been to your site.
Do promote content that is truly helpful to your audience, as opposed to self-serving for your business.
Don’t auto-tweet or mass tweet. While 4-5 tweets per day is generally okay, be sure each one is thoughtfully done by you or an expert in your field.

While 4-5 tweets per day is generally okay, be sure each one is thoughtfully done by you or an expert in your field. Share Dennis Yu’s Advice!

Since you don’t have a lot of time, first make sure you have your programs stable on Facebook before doing marketing on Twitter– use Twitter more for support, meanwhile. 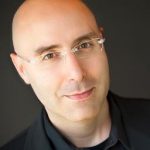 There is no simple answer here… sorry, folks.

Twitter can be an amazing but distracting channel unless you know what your own intent and raison-d’etre is. For one, listening is great. Hearing what people are saying and looking for (don’t underestimate the power of its search functionality). It’s also a great place to identify influencers, detractors, and potential customers. Twitter can also be a great place to resolve issues or answer questions in a fast and efficient manner.

Think about becoming a part of the community, instead of how to sell to it. Share Mitch Joel’s Advice!

The trick – and this is a tough one – is in understanding the culture and people that you – as a business – connect with. Top level advice: spend some time getting to know the people and terrain. Spend some time reading about the platform (try Mark W. Schaefer’s The Tao of Twitter). Think about becoming a part of the community, instead of how to sell to it.

I just saw a quote from Jason Goldman, the first-ever White House chief digital officer that makes sense for this. He said, “Broadcasting isn’t the same as connecting. Broadcasting creates awareness. But connecting people creates engagement and change.”

Every time I do a full-day workshop, I look at the Twitter accounts of the people who will be in the room. It doesn’t matter how small or big the organization is, 99.9999 percent use Twitter to broadcast. They are forgetting the connection piece that is going to drive trust, loyalty, and sales. Social media is social. We must remember that.

Social media is social. We must remember that. Share Gini Dietrich’s Advice! 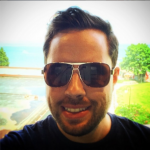 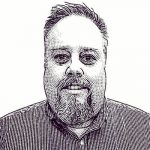 The key to all social media marketing isn’t the opportunity to sell, it’s the opportunity to build value with your network, attain a level of respect with them, and ultimately have them see you as an authority that they can trust and do business with. Just as you wouldn’t walk into a conference yelling out peoples’ name tags and asking if them to click a link, you shouldn’t be doing this in social media either.

Getting recognized as an authority amongst your peers takes time and effort. You should be helping them, promoting their advice, sharing them with your audience, and finding opportunities to connect them to others that can help. I look at social media like I do a savings account. It’s not the penny I put in today, it’s the pennies that I put in week after week that will pay off in dollars down the road.

I look at social media like I do a savings account. It’s not the penny I put in today, it’s the pennies that I put in week after week that will pay off in dollars down the road. Share Douglas Karr’s Advice!

My simplest advice is to realize that Twitter is a conversation and not a pitch tool. Talk to people and actually respond to their questions. Listen and engage and don’t make it all about you.

Finally, do not set up and send auto direct messages to new followers. No one likes that it and it makes you look bad.

Listen and engage and don’t make it all about you. Share CC Chapman’s Advice! 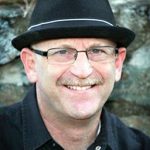 Don’t hide behind your logo. Don’t rely on Twitter for broadcasting an endless string of promotional messages. Don’t randomly retweet this, that, and everything. Don’t try to be everything to everybody. As “micro” and as fast as Twitter is, you’ll get little to no traction unless you bring something meaningful to it.

So, do present yourself as person, not a brand. Do put thought into the ideas and content you share. And do express your point of view.

Present yourself as person, not a brand. Share Barry Feldman’s Advice! 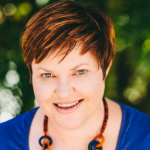 Engage with as many people who mention you as you can – people expect a response on Twitter, so give it. Share Donna Moritz’s Advice!

If you can write a press release headline (or at least identify a good one when you see it), then you have what it takes to write a solid, engaging tweet with the potential to score big with your audience. The two have a lot in common!

If you can Tweet, you can write a solid, engaging news headline — and vice versa. Share Mickie Kennedy’s Advice!