Operation Mockingbird: How Much Can the Government Influence the Media?

Home » PR Fuel » Operation Mockingbird: How Much Can the Government Influence the Media?

In the early years of the Cold War, a secret American project called “Operation Mockingbird” began. This was a program intent on buying the influence of all major media outlets by recruiting and paying off news organizations and journalists. These men and women of the advertising world basically became spies for their own country by means of propaganda and sabotage. 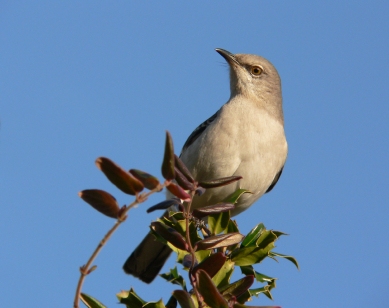 Great opening tagline for a suspense-filled thriller, right? Well, Operation Mockingbird was indeed a real project run by the CIA in the late 1940s, but how in the world does this fit in with today’s fast-paced, ever changing, consumer-driven marketing industry? Exactly how much influence can the government really have on the media practically sixty years later?

Without sounding like I have a tin foil hat, the effects of Operation Mockingbird are potentially still reverberating through the media world. One can only imagine the amount of distrust that sprang up when the conspiracy was exposed to the world; friends and colleagues were suddenly found to be working against the very code of journalism they had long upheld.

It’s the same effect that was felt when reporters like Stephen Glass are found out. There’s enough lack of trust in the public towards journalists as it is, so when fakers and scoundrels are discovered amongst the hard-working it makes everyone look bad.

What the government didn’t think about then was the long term effects implanting fake journalists in the world to further their ends. Or, maybe it did?

Sorry, forgot to take my tin foil hat off.

We all remember in the early 2000’s what happened with government controlled information detailing the WMDs located in Iraq. It almost seemed like there were no alternative sources looking into the subject, and in fact, despite everyone’s deepening suspicions, it took years before a real study was completed and the truth was exposed – and there were no WMDs.

When the only source of information is the subject itself, there’s really no way of verifying facts as hard truth. One would hope that after a huge scandal like Operation Mockingbird, there would be efforts in place to work around gatekeepers and keep the government honest. But what the Iraqi War/WMD issue seemed to indicate is that no lessons were learned or remembered from Operation Mockingbird at all!

Not to be a pessimist, but unfortunately it seems things may only get worse with time. The media is called the unofficial fourth branch of government for a reason, but when steps are made to keep freedom of the press obstructed, the trust is lost for everyone.

A brave article, I must say. I’m not sure about the influence the government has on the media, although the whole controversy about so-called internet piracy should give us an idea that at least they are trying to gain some. What I am genuinely concerned about is instead corporations controlling the media. Private concerns, multinational companies. It’s true that the freedom of the press should be guaranteed no matter what, but I feel that losing that freedom to security reasons is somehow better than losing it to commercial interests.